TUCSON, Ariz. (KOLD News 13) - Stuffed animals can bring children, or adults, of any age comfort. Three Tucson sisters are on a mission to make sure children at the Tucson Medical Center feel that comfort.

Isabella, Faith and Sara Glenn go to the Fry’s store on Grant and Swan, usually, every day.

“Maybe twice a day,” said Isabella Glenn, the eldest of the sisters.

Good, is right. Every day they come to the grocery store, they usually swing by the claw machine that sits at the front of the store. Stuffed full with colorful and fun stuffed animals, how could anyone not?

“They’re always on that claw machine, always,” said Farrier. Since they were little, they played the claw machine, but Faith, has always been exceptionally great at it.

“I go from each side and see which one’s not deep down in,” said Faith Glenn. “Then, you just press the button and it grabs it.”

For her it’s simple. She’s been playing since she was about six years old, and estimates she wins about 50 percent of the time. While we were interviewing her, she won two toys at once. Her sisters help her spot or check out the clearance isle for more stuffed animals.

The girls have about 50 stuffed animals between the three of them, and as Faith got better and better at the claw machine, their stuffed animal stock grew — too big for their parents. They were told to stop playing the machine, but that wasn’t an option for them.

The girls had an idea — they would take all of the toys they won and donate them to the children at the Tucson Medical Center.

It makes me happy knowing the kids are getting something because we know how hard and scary it is to be there,” Sara said. 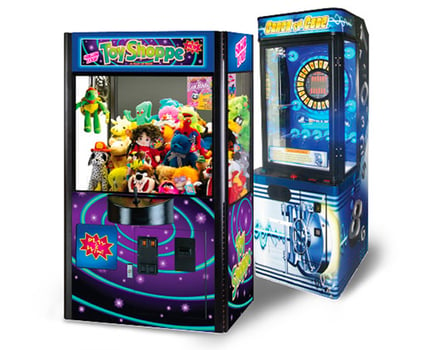 The Fact Is: Owning Your

After having knee surgeries, eye surgeries and seeing other family members in the hospital, they wanted to make other kids’ stays at the hospital a little more enjoyable.

For my first knee surgery I was scared…and the doctor gave me a stuffed animal to cool me down,” Isabella said.

For five years, the sisters have been donating their bounty.

They will be donating another haul in just a few weeks.